Born slightly ahead of his due date of August 6, the foal is a bay colt from Peninsula Miss (Helmet), a winning half-sister to stakes performers Sabie (Exceed and Excel), Ankaret (Desert Prince {Ire}) and Graskop (Manton). 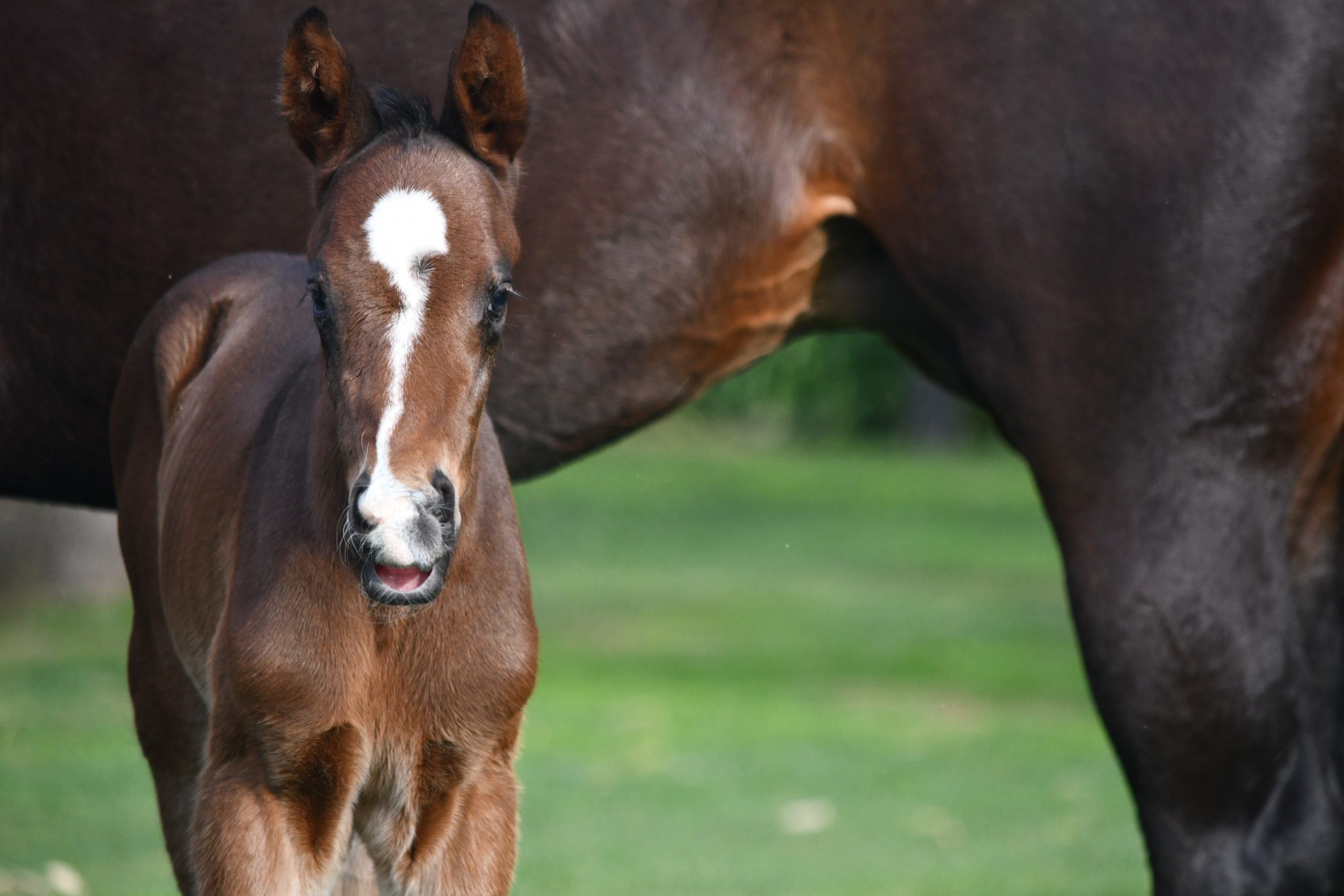 “He has size, strength, bone and is nicely marked with a blaze and hind sock. We will be happy if they keep coming out looking like this foal.” Introduced to the Yulong stallion roster last spring at a service fee of $13,750, Grunt served a huge book of 178 mares in his first season and showed remarkable fertility.

“Grunt kicked off his stud career with incredible support and a fantastic fertility rate of around 90%, so breeders can be confident they will have a high chance of getting their mare in foal,” Fairgray said. “He is a gorgeous individual and a pleasure to deal with.”

By the late, great O’Reilly (NZ) out of a half-sister to Ocean Park (NZ), Grunt has a top-class pedigree and produced racetrack performances to match. His five wins included outstanding victories in the G1 Australian Guineas and Makybe Diva S. at Flemington.

Grunt’s first foal is the second foal overall to be born at Yulong this year. The first was a colt by Dundeel (NZ) from All of Me (Pierro). Grunt will stand at Yulong this spring alongside fellow Group 1 winner Alabama Express, who has been added to the line-up at a service fee of $27,500.

This year’s Blue Diamond winner Tagaloa will join the Yulong roster upon his retirement from racing.