Chris Waller had a pre-race concern about Hungry Heart (Frankel {GB}) coping with a middle distance, but the filly showed an admirable mix of class and tenacity to run the distance out strongly to land the G1 Vinery Stud S. and provide a timely pedigree update for her half-sister ahead of the Inglis Easter Yearling Sale.

Champion trainer Waller wasn’t certain how Hungry Heart would cope with her first crack at 2000 metres and the 3-year-old allayed his fears in style with a sterling performance to come from well back in the field.

Her effort raised the possibility of a tilt at the G1 Australian Oaks with Saturday’s showing cutting her odds from $11 to $5 and Waller admitted he hadn’t seriously considered Hungry Heart to be a Classic contender, until now.

“She’s a pretty brave filly and winning form is always good and I actually hadn’t given it much thought to be honest. I just wanted to tick that Group 1 box with her, but we’ll have to give it serious consideration now,” he said.

The high-class filly also provided her half-sister by Snitzel in Yulong’s draft at the Inglis Australian Easter Yearling Sale with a massive pedigree update. She will be offered as Lot 328 next Wednesday.

Hungry Heart settled at the tail-end of the field under jockey Kerrin McEvoy as the favourite Harmony Rose (Glass Harmonium {Ire}) went off at a good clip in front.

“It was a great win and a great race to watch. She was back and at least they ran along quickly and gave the back-markers a chance,” Waller said.

“Gee, with 300 metres to go I could see her starting to make her run and there was a lot of ground to make up, and in the last 100 metres she really fought hard and she got there quite well.”

The Mark Newnham-trained favourite Harmony Rose and rider Josh Parr had kicked clear 400 metres from the post, but in the closing stages Hungry Heart wore her down to take a 0.2l margin across the line.

It was the 121st Group 1-training success of Waller’s decorated career and a 78th for McEvoy.

“There was no reason to change anything leading into the race and she got a lot of confidence from the G2) Phar Lap,” Waller said.

Hungry Heart had opened her current campaign in different form with unplaced runs in the G2 Light Fingers S. and in the G1 Surround S. before she beat The Irishman (NZ) (Tavistock {NZ}), also prepared by Newnham, in the G2 Phar Lap S.

“I just cannot explain how much confidence does for a horse or a jockey. It doesn’t matter what sport you’re in, or just in everyday life, what confidence can do and it did for this filly,” Waller said.

“To me today, in that last 100 metres she could have easily run second, but she tried her guts out. She is a pretty brave filly.”

McEvoy admitted he wasn’t confident during the race, given how much ground Hungry Heart had to make up.

“Up to 2000 metres she had to tick the box and we were slow to begin so I was worried the whole way that we were too far back given the way the day had unfolded,” he said.

“Full credit to her, I had to wheel out and make my own way into it and that’s exactly what she did. The pace did suit, but she still had to do it, not many horses have made up a lot of ground today. I had a little query on the trip for her, but she did it well.”

Harmony Rose lost little cast in defeat with Impecunious (NZ) (Sacred Falls {NZ}) a further 3l back in third and Princess Rhaenys (Iffraaj {GB}) producing a fine run for fourth off the back of a Ballarat maiden win.

Hungry Heart was sold through Yulong’s draft at the Magic Millions Gold Coast Yearling Sale and signed for at $300,000 by Belmont Bloodstock Agency (FBAA). She is the only foal to have raced for the Pivotal (GB) mare Harlech (GB), who has since produced a colt and a filly by Snitzel and was served in 2020 by Alabama Express.

Harlech is a half-sister to the G3 Sandown Atalanta S. winner Maamora (Ire) (Dubawi {Ire}) with the first four dams on the pedigree all successful at international black-type level. 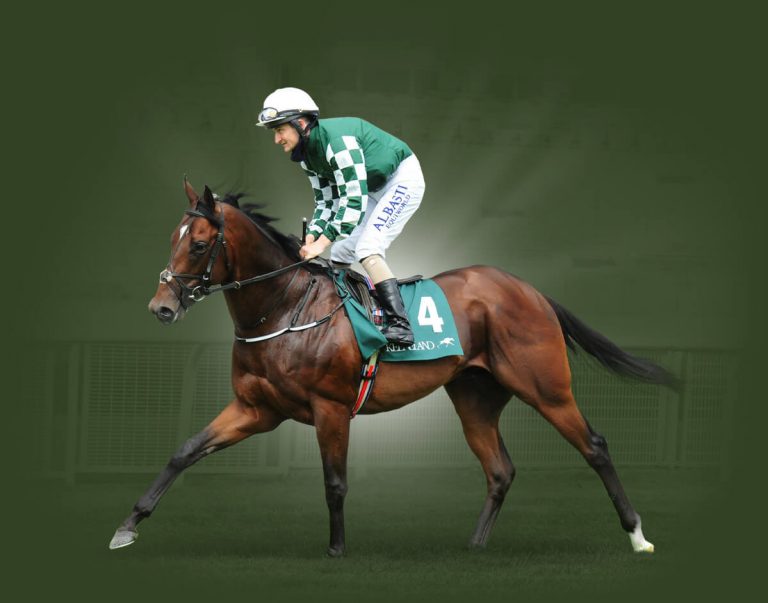